The earth is a colorful and changeable world, people can understand it through satellite imagery.

But existing applications such as Google Earth lack the ability of color expression and dynamic expression.

Here are some examples of Dubai, United Arab Emirates.

The picture above is somewhat pale and dull, and there are some traces of image mosaics. 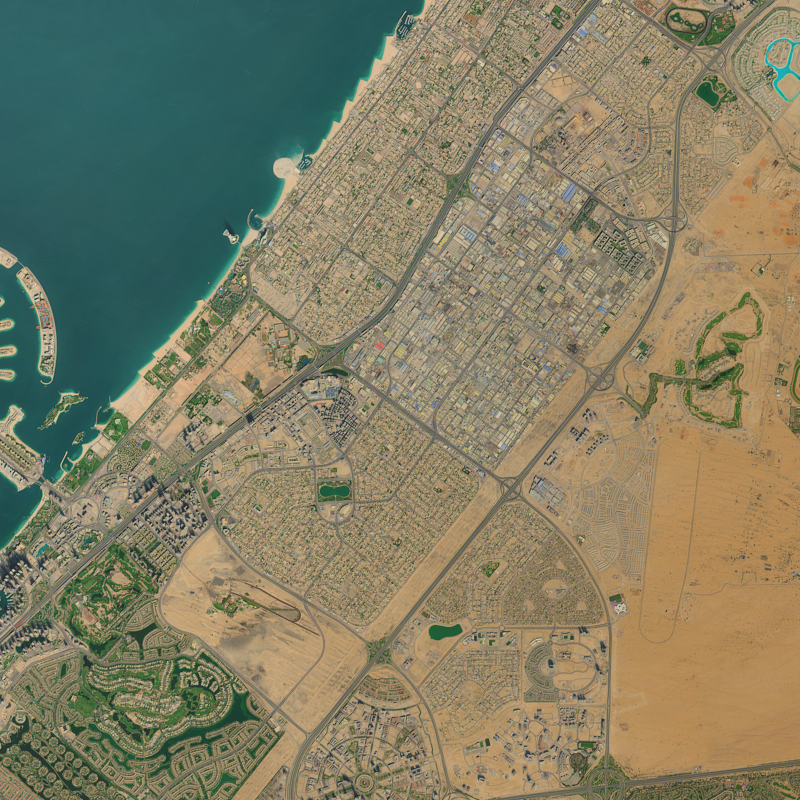 The above image is more colorful and easy to recognize.

What's more, CLW can form a monthly continuous animation, which is a more prominent function.