Kin's Domain «The Green Roofs» - the history of the creation of Kin's Domain!

We, Dima and Anya, lived in the Moscow region. Anya graduated from Moscow State University of Economics with a degree in Finance and Credit, was fond of cycling, yoga, indoor flowers, vegetarian cuisine, massages, attended a bunch of seminars, trainings, lectures, courses, and at that time was an esoteric snob. Dima learned to be a pastry chef, served in chemical forces in Bryansk, did gymnastics, Thai boxing, performed a fire show in Moscow We both worked in a coffee shop chain "Coffeemania". We met there in March 2014, when fate brought me (Anya) to another coffee shop to replace a sick barista colleague. Without thinking twice (1.5 minutes), we decided to be friends and never parted! Six months later we got married.
我们，迪玛和安雅，住在莫斯科地区。安雅毕业于莫斯科国立经济大学金融与信贷专业，喜欢骑自行车、瑜伽、室内花卉、素食美食、按摩，参加过一堆研讨会、培训、讲座、课程，在那个时候是个深奥的势利眼。迪玛学过糕点师，在布良斯克的化学部队服役，做过体操，打过泰拳，在莫斯科表演过消防表演，我们都在一家连锁咖啡店 "Coffeemania "工作。我们是在2014年3月在那里认识的，当时命运的安排让我（Anya）去了另一家咖啡店接替一位生病的咖啡师同事。不经意间(1.5分钟)，我们决定做朋友，从此不离不弃! 6个月后，我们结婚了。 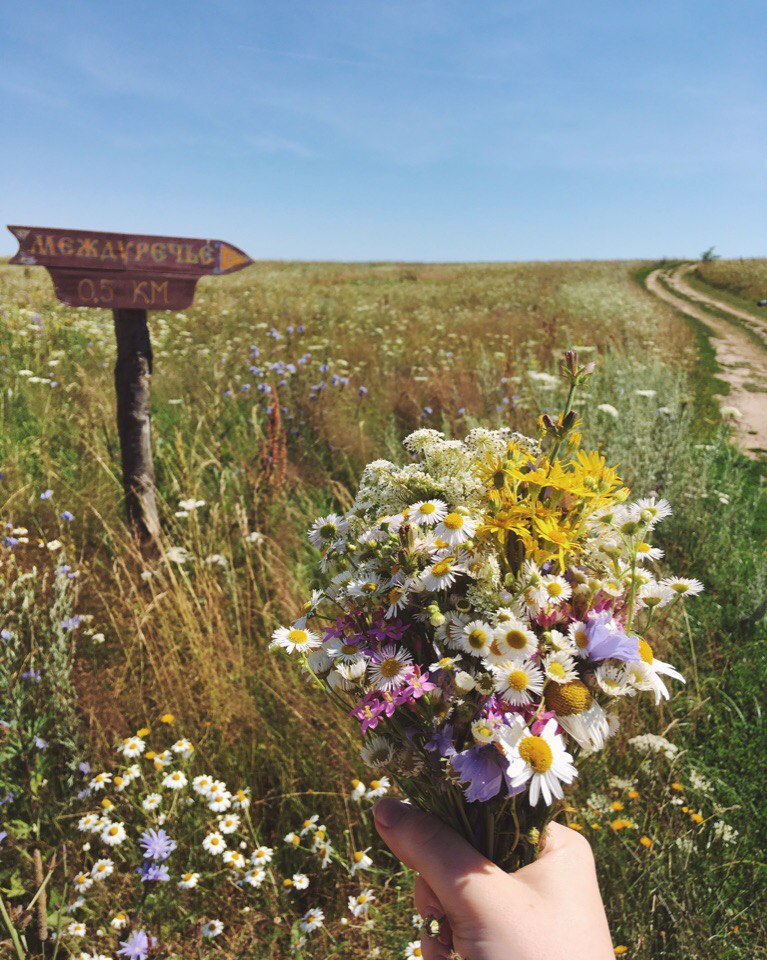 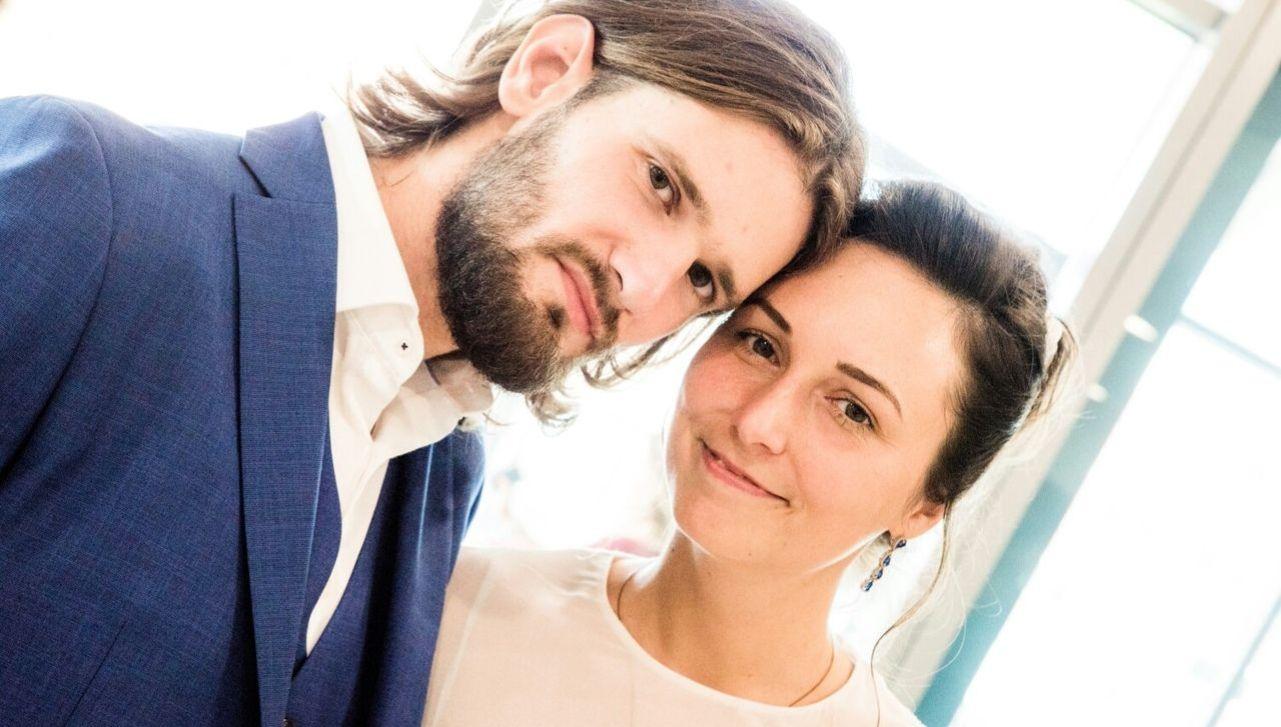 We lived in a city in a condo, but we wanted our own house on a land of 1 acre. Having re-read a bunch of books from the home collection, Dima found “Ringing Cedars of Russia” series of books (summer 2015). I read it, but it was more than 10 years ago and I perceived them as a fairy tale and more as a guide on raising children. I lacked the awareness to assume that a fairy tale for someone has come true. And then Dima once told me: - You yourself read it ??!- Well, yes, only a long time ago ...- Why do we just want a house? Here is an ideal image - a Kin’s Domain!- Maybe, but I don’t remember anything about this ...- So re-read!- And what, do you think, does this exist in reality?
我们在城市里住的是公寓，但我们想在一亩三分地的土地上有一套属于自己的房子。在重新阅读了家里收藏的一堆书后，迪玛找到了《俄罗斯的铃木雪松》系列丛书（2015年夏天）。我读过，但那是10多年前的事了，我把它们看成了童话，更多的是把它们看成了育儿指南。我缺乏这样的意识，以为一个人的童话故事已经成真。后来迪玛曾经告诉我：--你自己读过吗！--嗯，是的，只是很久以前...........--我们为什么只想要一个房子？ 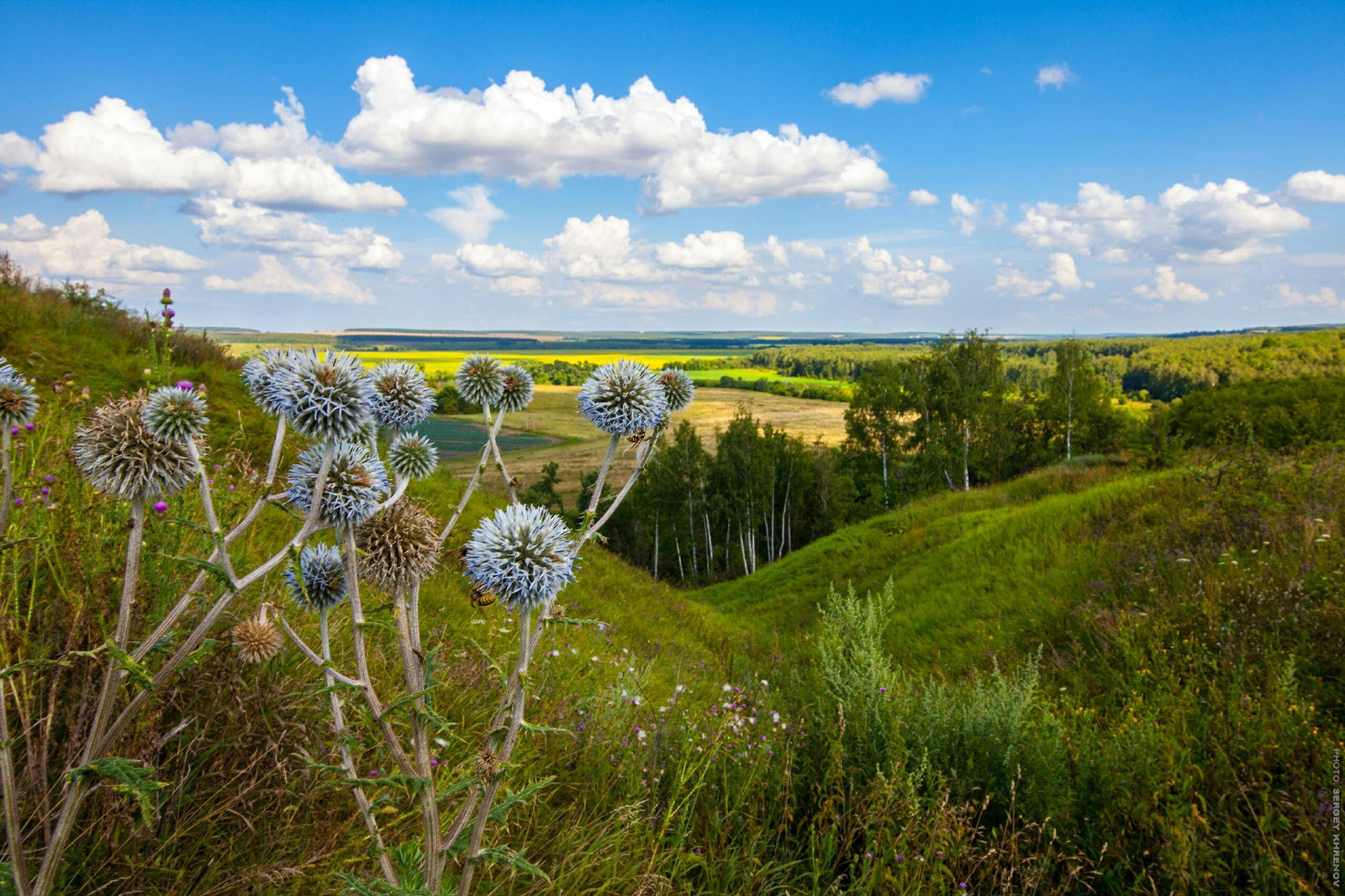 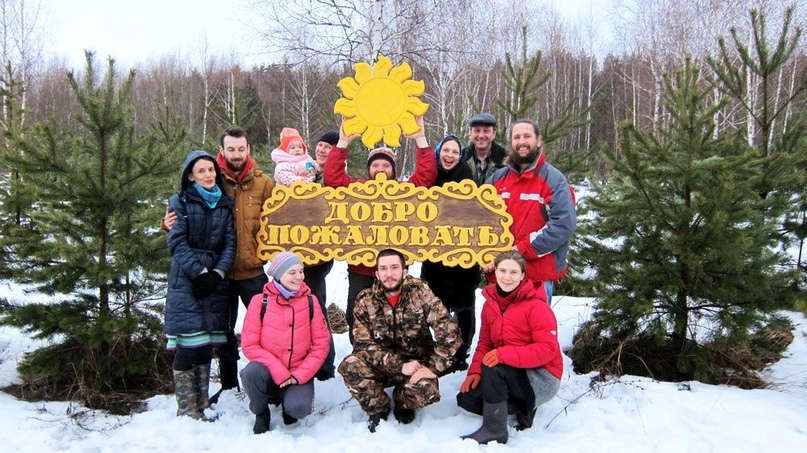 I read the books once again. And we both fired up on this idea of the Kin’s Domain. We began to look for land. We recorded about 20 search criteria. We traveled around several settlements, but we could not find the right one. And at last on the Internet we found the web-site of the “Mezhdurechye” Kin’s settlement. Instantly we felt some kind of attraction to it. We arrived there on a guest day (May 2016). Walking through empty parcels of land, we noted a few, but only one was unusually comfortable; we wanted to stay there for good. Later I remembered that piece of land with fondness and talked to it silently. An equal impression was the acquaintance with the settlers. We felt that we knew these people for all our lives. On the way home, we finally decided that this is our home! I caught myself thinking that more and more I think about the people living there and I miss them. So, in September 2017 we became members of the settlement, we were accepted with gladness. After all, over the year we got to know everyone and became friends with some. Without delaying, being confident that we would move soon, we laid a garden that fall! We were presented with several trees by the nearest neighbors, and almost half of the settlers came to help us planting (that was a surprise!), because we had only two days, and bought more than 80 seedlings! 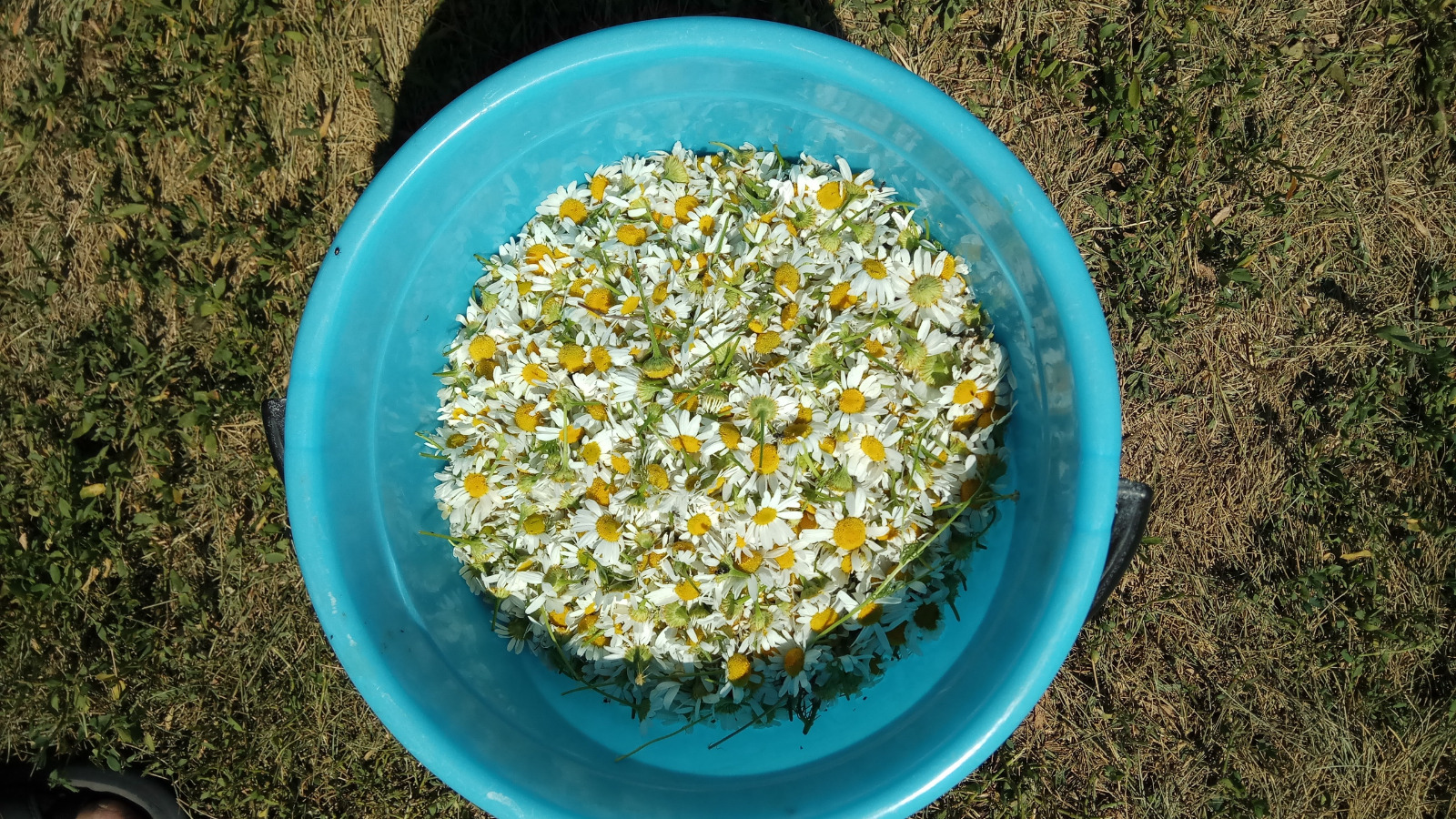 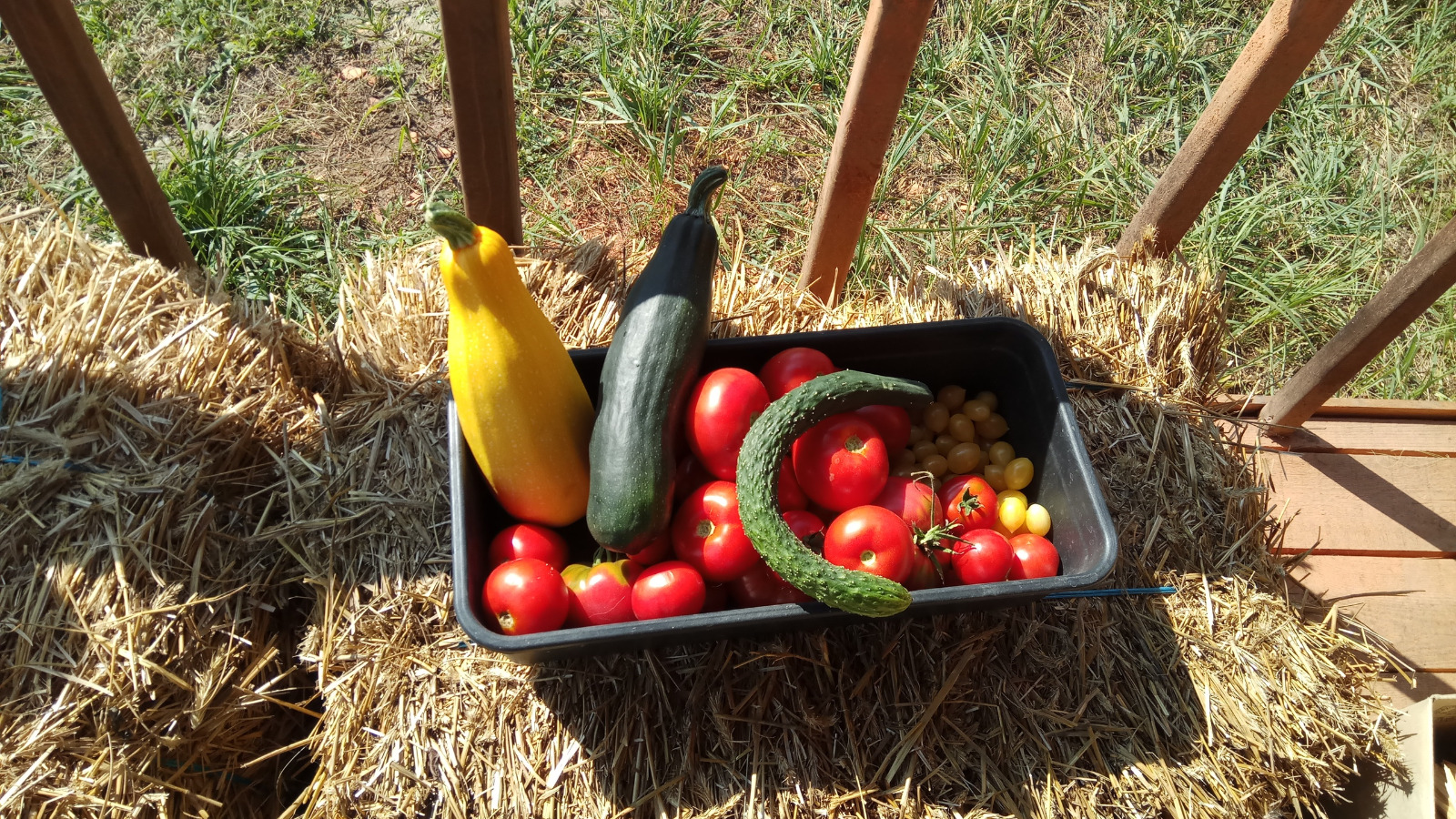 HOW WE MANAGED TO MOVE

We planned how we could move permanently in “Mezhdurechye”. The Domain plan at 1:100 hung on the wall and we constantly drew up details on how the space would be arranged. Finally the circumstances have laid up! My parents sold their condo and left to live in their native village. They shared with us some money, which was a good start for us to build a warm house, buy a car, and a small apartment in Mtsensk (the nearest to the settlement town). They supported us in our choice, because they themselves had long dreamed of leaving the metropolis, but they were waiting for retirement. Another luck - our future neighbors needed an employee in their chocolate workshop, located in Mtsensk. Thus, for some time, the issue of financing was solved. So we moved to Mtsensk in our apartment (April 2018) with all the things, plants and six cats that we managed to jointly collect over the years. GARDEN AND FENCE We purchased seedlings for our garden in the nurseries of our friends, some were given to us, some were grown from the wild seeds found at our land. The fence at our Domain is mainly from pines, which are simply transplanted from different parts of our site to form a perimeter around our Domain; and the second inner row of a perimeter is planted with fruit trees and bushes, and with some decorative trees. Last fall, we created our nursery. We graft our own or neighboring plants. And also we grow plants from seeds.OUR HOUSE At the start, we built a small house, that would later become a guest house. The house is framed, so the construction team built it in 12 days and another month was spent on the construction of a brick stove. Thus, we moved into our house in July 2018. Our happiness had no limit! We were pleased with our lives to the last detail! We liked everything: sleeping under the stars, having breakfast on the veranda, unlimited bathing in the local river, drying clothes outside, silence, foggy dawns, sweet air for 24 hours, walking barefoot through the dew, and the craziness of cats, stunned from the freedom, abundance of sounds, smells and hunting! We all were opening a new world! Summer stayed until the beginning of November! We enjoyed the most incredible fall of our lives! 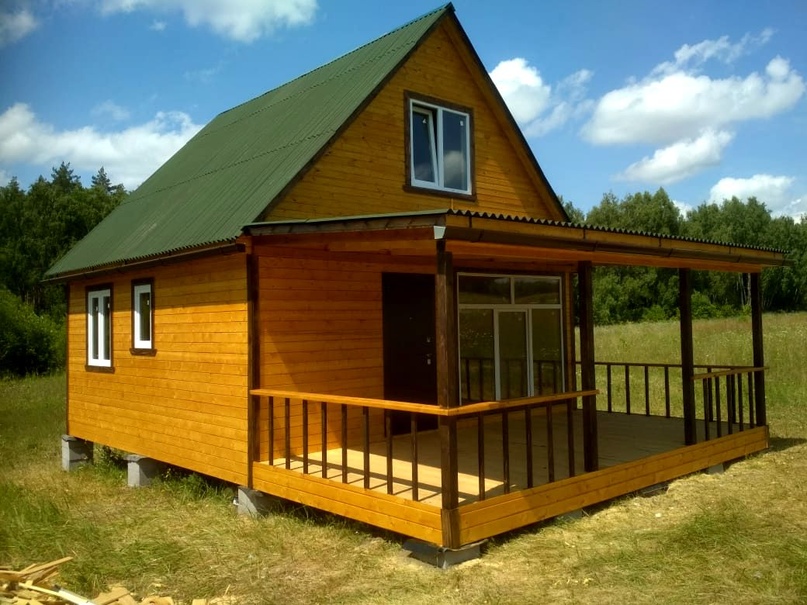 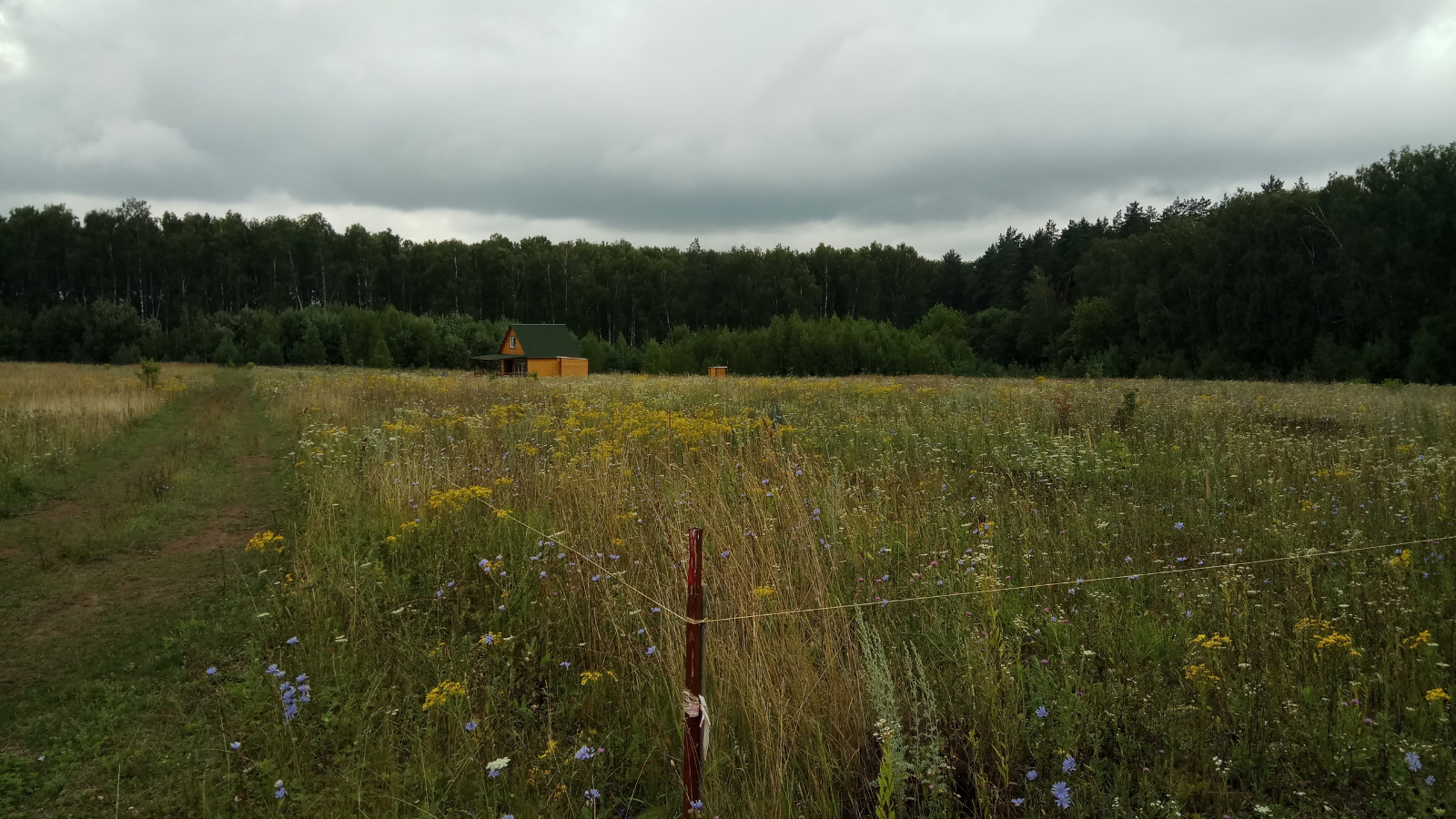 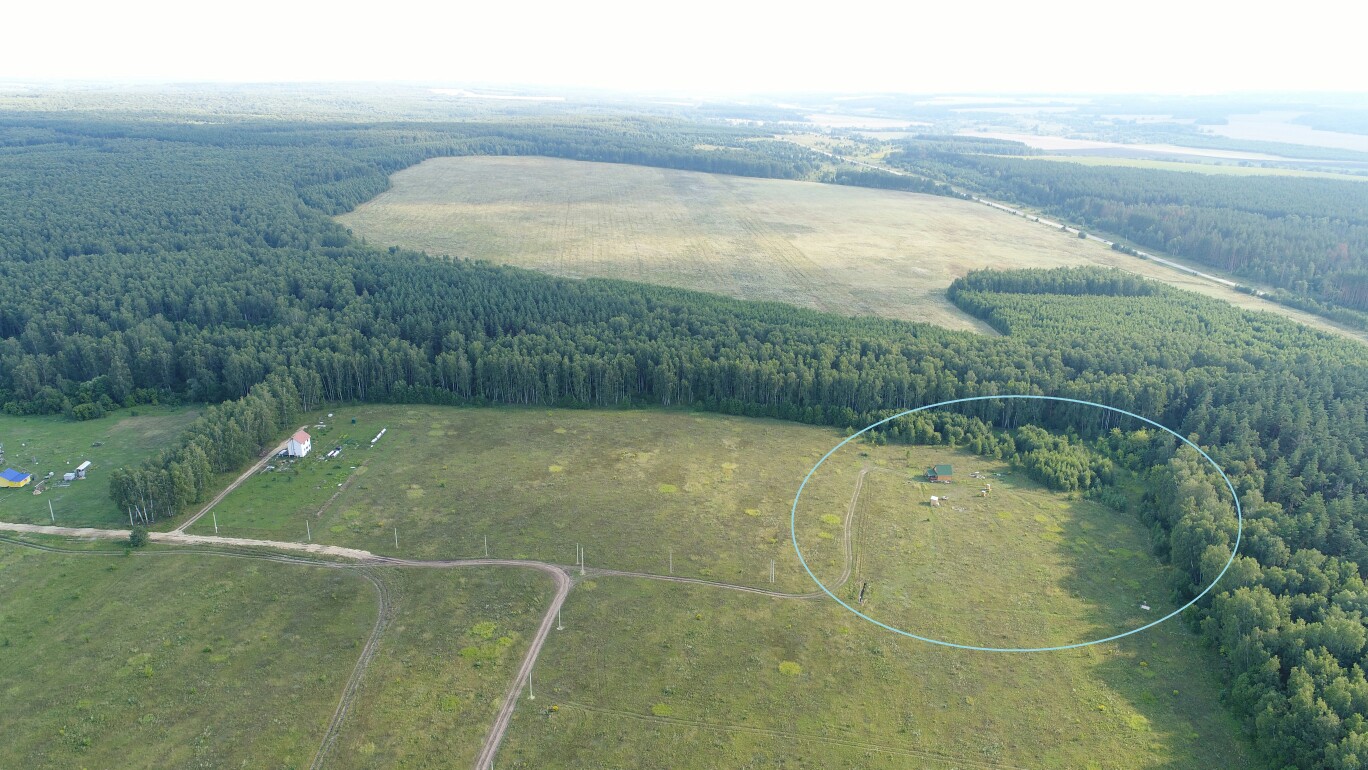 Difficulties began as winter approached, when we realized that ... 1. despite the assurances of the builder, the house was not warm enough (in the morning it was +48 F). 2. there would be no electricity in the near future,and after 4pm it was dark in the house, and it was impossible to charge the phones and headlights in the car when it was minus on the street - the batteries were immediately discharged in the car. 3. the money was coming to an end; the construction “ate” everything and even more than was saved. 4. the car broke. We had to sell an apartment in Mtsensk. We insulated the house (in December!). Dima had to scoop up the snow and, lying on his back, on the ground, insulate the floors from below with foam, sheathe the perimeter of the foundation with cement board, foam the floor mouldings, etc. It has became warmer. We pulled a self-supporting insulated cable from a neighbor. Now we had light in our house and the ability to charge the phone! We harvested firewood in the fall and winter from the deadwood right at the Domain and nearby. On contrast we understood what it means for a person and his/her mood, when the house is warm and light! Now we’ve already know what difficulties could be expected at the settling time. At the current moment our forces are aimed at establishing our own business that would allow us to stay in the Domain. A business that would bring the prosperity, joy from labor, and benefits to customers. 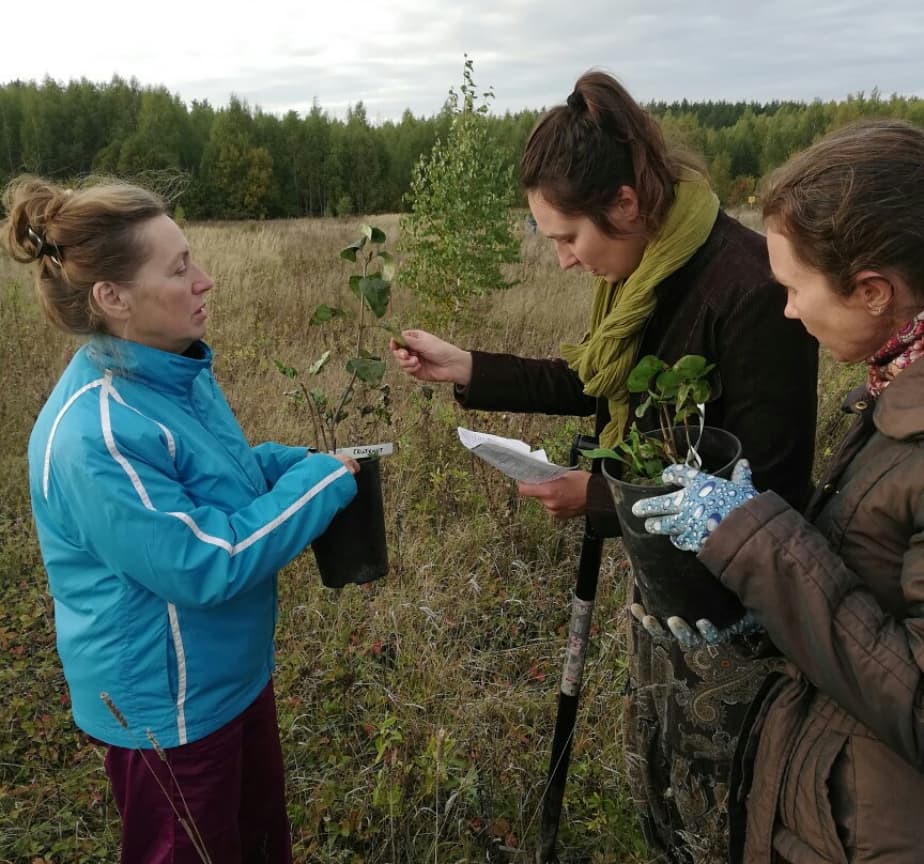 WHAT WAS THE MOST DIFFICULT The hardest part of all this was not to lose heart in difficult times. Behind everyday difficulties and routine, it was important not to lose the joy of life, not to forget why all this is done because sometimes difficulties exceed expectations and it seemed that everything was nowhere to go, and it would be easier betray your dream, to go back to the comfort zone, in the illusion of herd safety, children - in the kindergarten, ourselves - at work 5/2 with a dream of a one-week vacation time-to-time. Difficulties are inevitable on the way of serious changes. It will take more than one year until the “comfort zone” is developed, everyday life is fairly well-equipped, earnings are reliable, and attitudes and relationships are stable. But this will happen only if you are a team and have trust in each other and in God; and if the goal is set correctly and it is YOURS.By Anna Bykova Kin’s Domain “Green Roofs”

Art of Soul«Kin's Domain» By Unknown 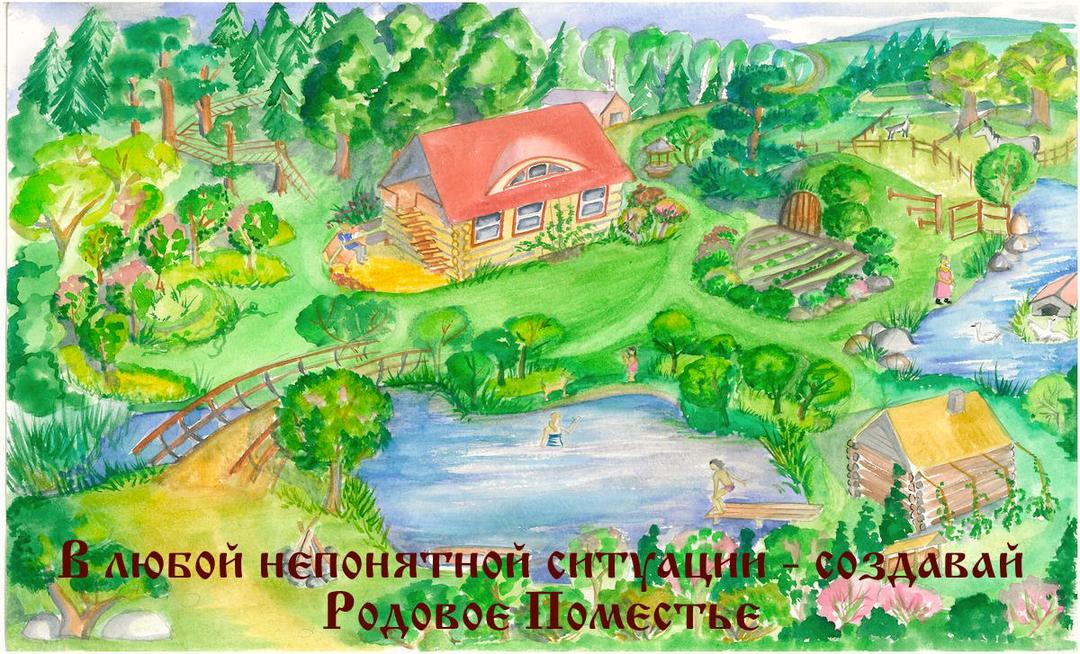 Green lands, clean environment, abundance of food and freedom and happy people - The Better World - this is the dream of Anastasia! This is Ringing Cedars Movement's goal!By donating to Ringing Cedars Of Russia you support free official online forum, monthly issue and distribution of the official online newspaper "The Earth", and "Free Hosting For Everybody" program. Substantial part of donations is directed to support development projects of kins settlements worldwide.