KIN’S DOMAINS CAN SAVE LIFE ON EARTH

KIN’S DOMAINS CAN SAVE LIFE ON EARTH
Who does not know that the environmental situation on the planet is bad? Everybody knows. But how bad is it?

In 2018, 30 leading environmentalists in the world drafted a memorandum on dangerous climate change, and sent it to all the governments of the world.

If to state very briefly, to date, the oxygen content in the atmosphere is only 16% instead of the supposed 21%. It is being replaced by carbon dioxide, the percentage of carbon dioxide is growing catastrophically and can reach a critical point incompatible with life quite soon. Overheating of the planet is +7 degrees.

Drinking water is rapidly disappearing. It goes into the deeper underground layers, that were freed up as a result of oil and other minerals extraction. The remaining water becomes more and more polluted.

“Water will prove to be the criterion, the measure of all things. Every day that passes, water seethes with more and more contamination. And the air becomes more difficult to breathe.” Book 3, “Space of Love” by V. Megre.

16% of oxygen in the air is an average estimate, but when a person is standing in the middle of a traffic jam in a city, he/she breathes a mixture in which no more than 8-10% of oxygen. Thus, environmental problems have already come to our home and to every family. 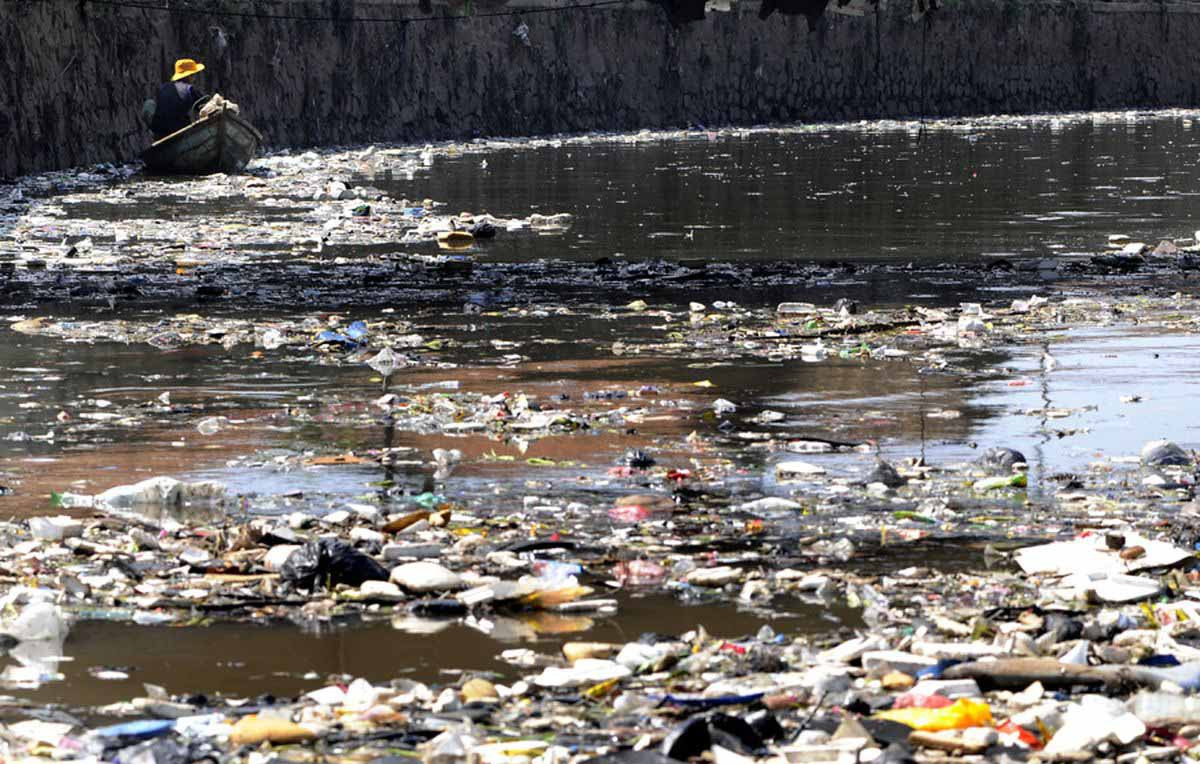 Serious responsible scientists are considering the possibility of emergency removal of carbon dioxide from the atmosphere by building special facilities. It is also known that oxygen production technologies exist. We must not forget, however, that for the construction of such a plant or installations, the resources of the Earth, already exhausted, will again be required.

Are there any biological natural solutions to this problem? Yes, the most effective biological plant is a tree!

Amazing examples of the ascetic activity of people who have realized the environmental problem as the problem of the survival of their own children and grandchildren are known.
One millionaire bought up large tracts of forest in the Amazonia, put up protection and closed all sawmills; another family of millionaires bought 600 hectares in the desert and systematically turns them into a blooming garden; another Russian woman - agronomist, having married a wealthy African, created an orchard in a very hot and completely lifeless section of the Sahara.

There are many such examples. People who realize that humanity and the planet are on the verge of survival, invest their money, and most importantly - labor and inspiration in saving the Earth. At the same time, the bulk of humanity continues to persistently destroy and exploit the resources of the Earth.

“I beg of you, people, change your professions just as soon as you can - all these professions which bring hurt to the Earth, to the great works of the Creator.” Book 3 “Space of Love” by V. Megre.

The idea of Kin’s Domains expressed in the books of Vladimir Megre in the series “The Ringing Cedars of Russia” is very simple: every person who dreams of living in nature takes responsibility for a plot of 1 hectare and arranges it to his liking, at his discretion, in accordance with their cultural, national views and aesthetic needs.

Anastasia gives recommendations that a Kin’s Domain should have a hedge, a pond, a fruit tree orchard, a vegetable garden, and half of the site is forested. Is it a lot or a little of forest to save the Earth? 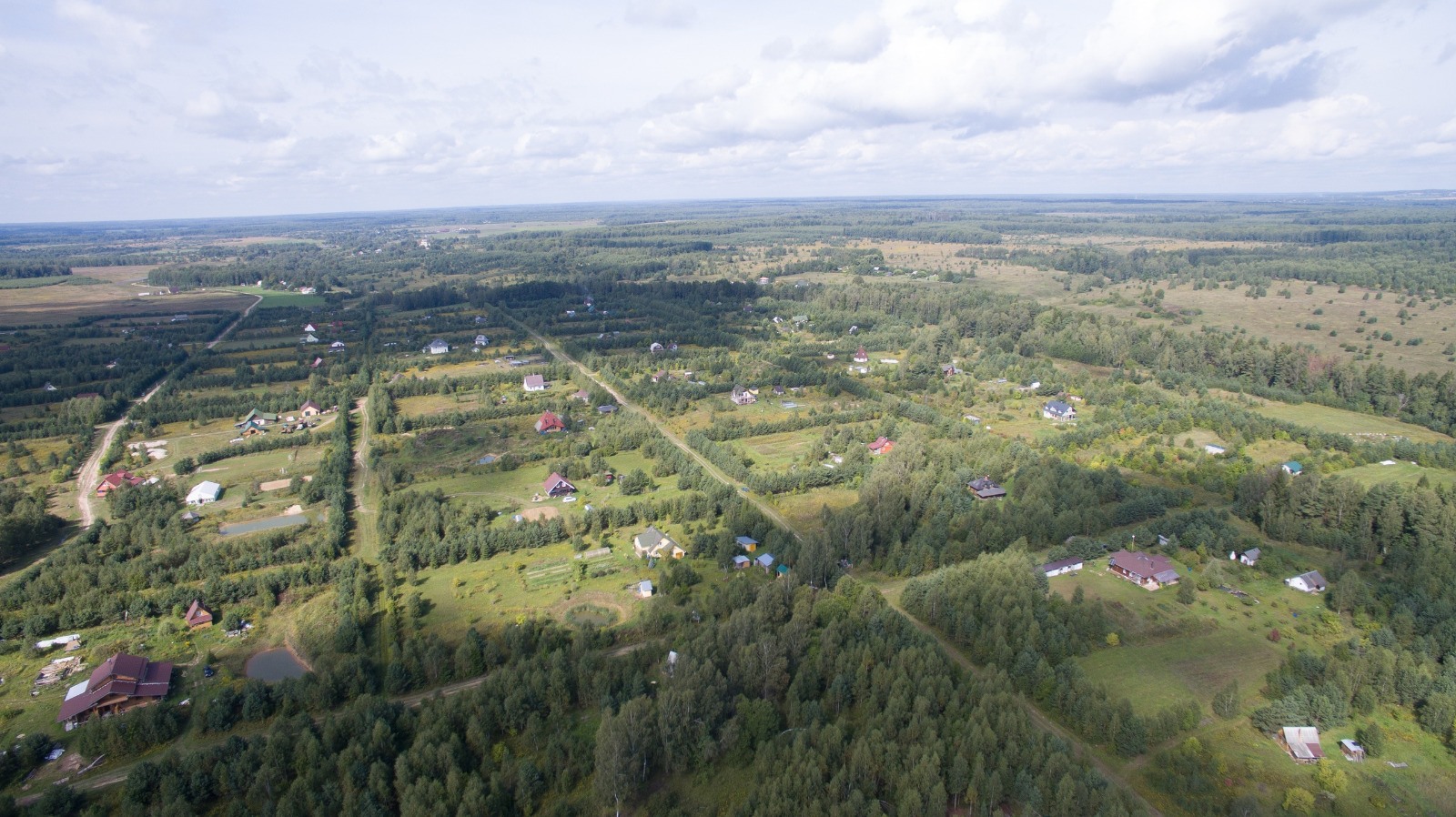 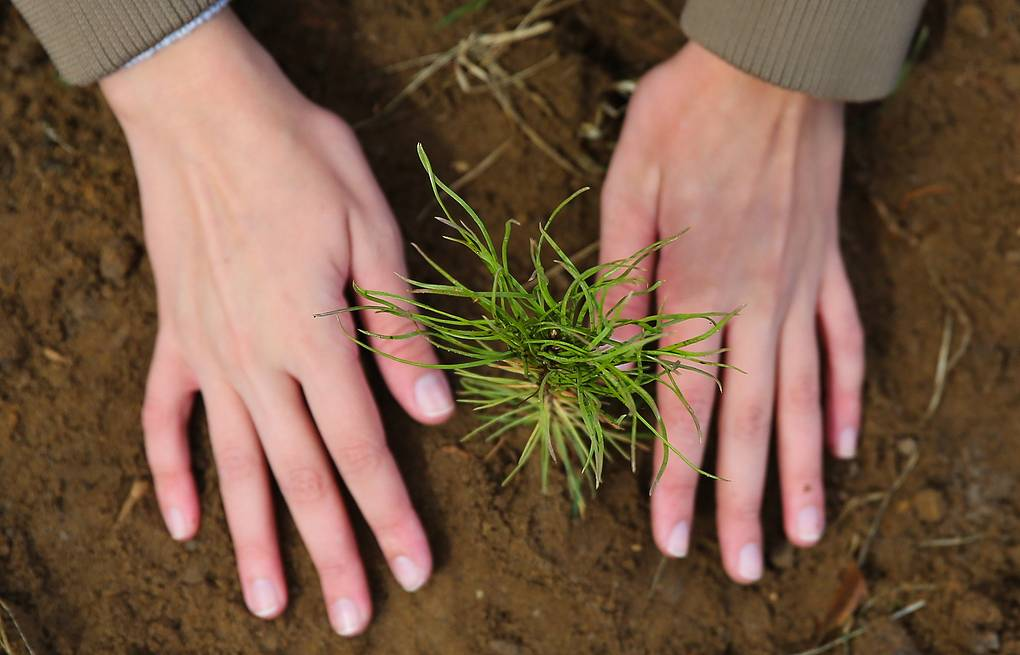 According to Vladimir Megre - if this is one estate, such forest volume it is not enough. If there are a hundred of Kin’s Domains – it’s already good; tens of thousands or even better - millions of Kin’s Domains can turn the Earth into a blooming garden.

Moreover, the forest in the Domains is a forest that people care for; many people planted dozens of species of rare plants, which increases the diversity of the biosphere. People dug ponds and planted hedges. They reject pesticides, grass stubble and deep plowing – all these measures create a favorable microclimate in just a few years.

A person who plants a forest at his/her Domain, as a rule, begins to ennoble the spaces surrounding his/her Domain and settlement. According to the definition of the architect Yuri Gorokhov, a biosphere dome is formed over each such Domain. The settlement of Kin’s Domains creates a larger biosphere dome. 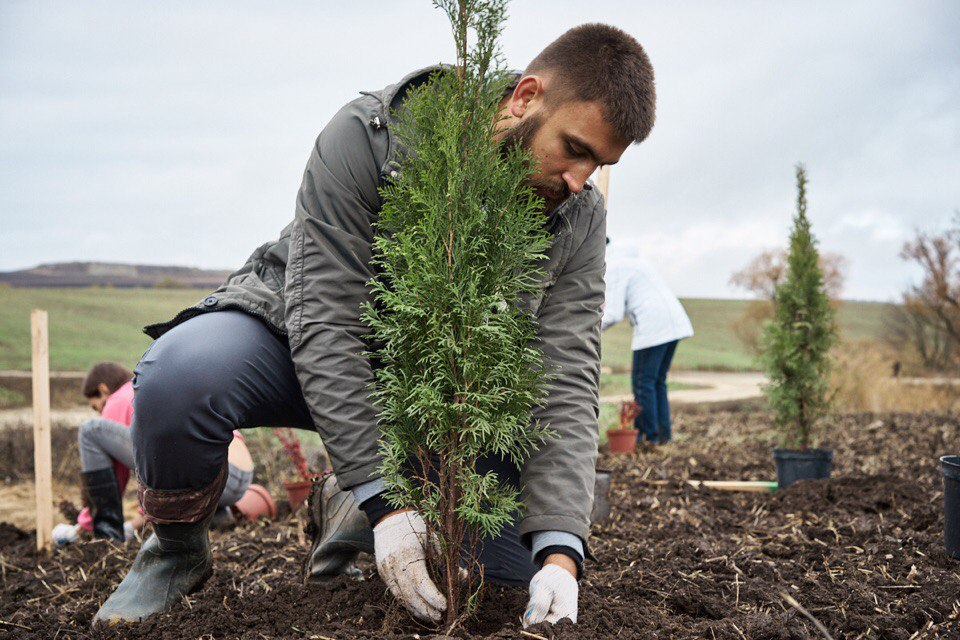 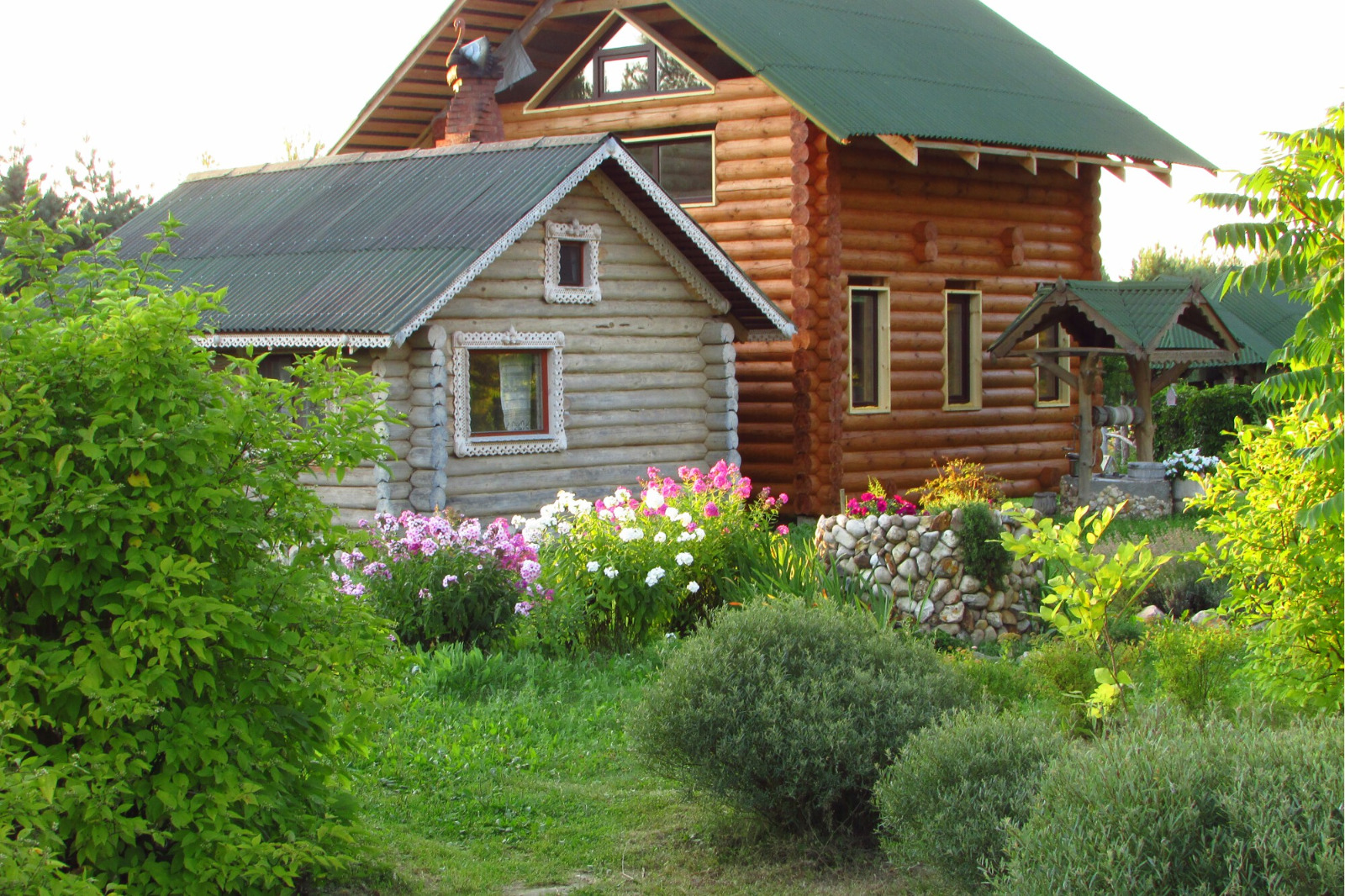 The biosphere dome is not just a planted forest. It is a part of the Earth on which the Mind thrives; it is inspired by creative thoughts, dreams and hopes of man. And one can continue the formation of the biosphere dome on a regional, country, and planetary scale.

Hosting on his hectare, a person forms the territory of the Mind with his own hands around himself, and as a result begins to behave ecologically competently. This is not what he does because someone calls him to it. This becomes his natural need.

A person simply does not want to spoil his land. Having studied the elementary natural relationships, it is no longer necessary for a person to apply pesticides, poison the plot with herbicides and fertilizers. Would you poison the water if your children bathe in the same pond?

All this are not dreams or stories about the future - all this already exists in the existing Kin’s Settlements. 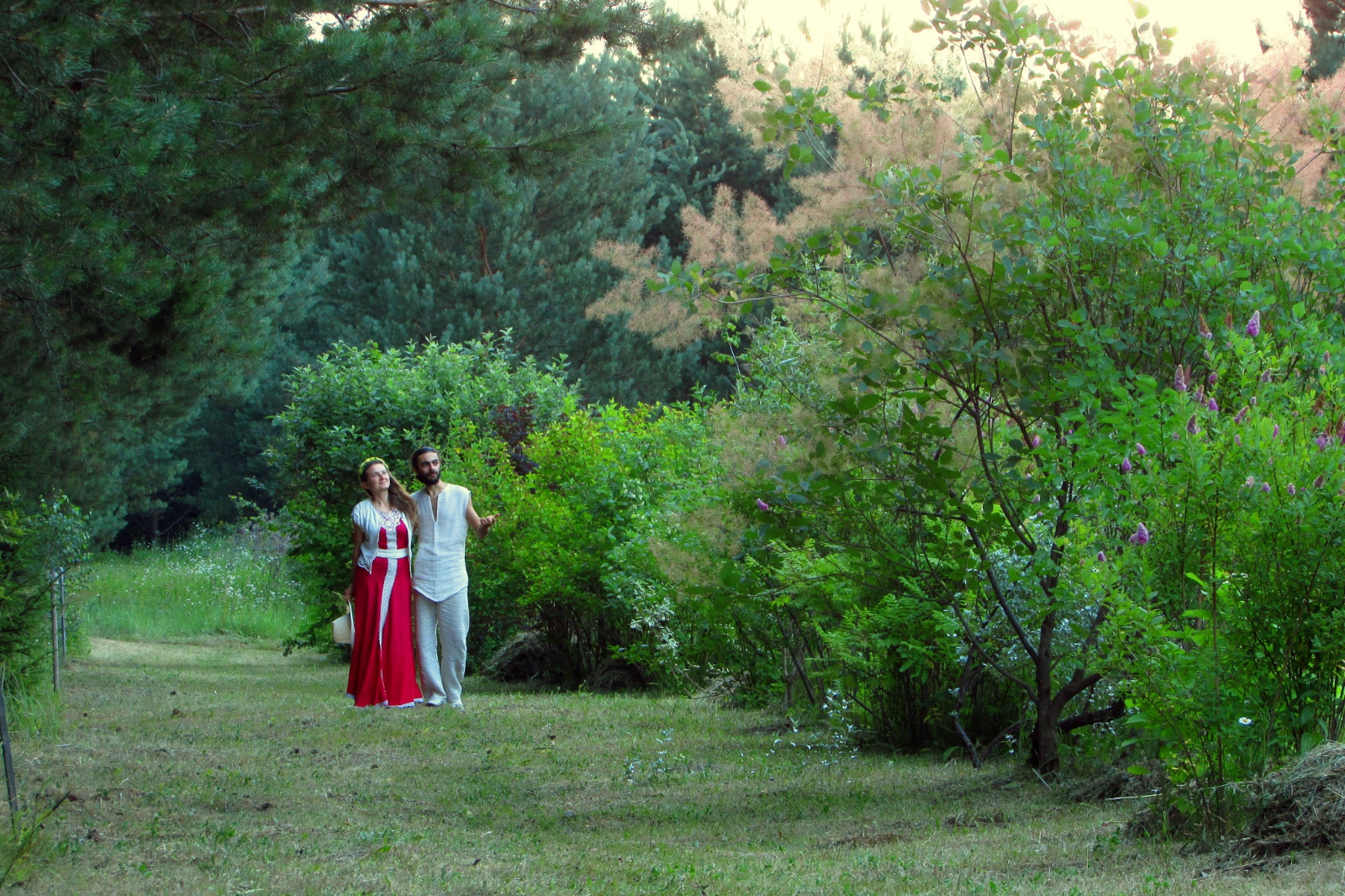 Sometimes the creators of the Kin’s Domains are represented as such “dandelions”, who care only about their plots of land and do not want to know anything outside of it. But this is not at all true.

For some reason, a person who has taken responsibility for a piece of land gains access to very serious knowledge. He/she begins to be interested in the problems of his/her Kin, country and humanity. These people begin to equip not only their parcels, but also to ennoble neighboring forests, to plant trees in neighboring towns and villages.

If you mindlessly use and deplete the resources of the planet - you are an immoral person. You plant trees, take care of the Earth - you are a moral person. The standard excuses like “what do I do wrong? I just go to work and feed my family.” - have already lost all meaning. 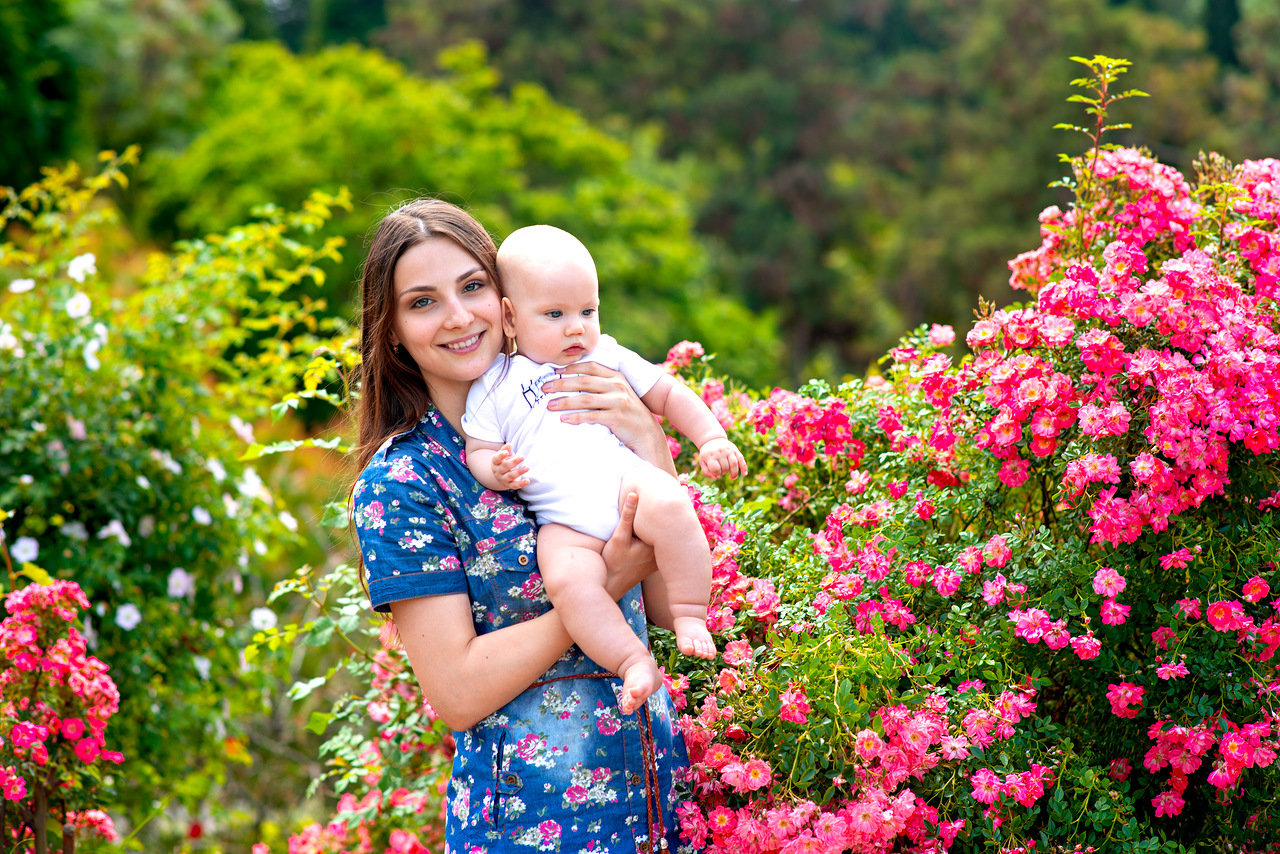 All other issues of human interpersonal and social relations fade into the background in the face of a global problem - how to increase the percentage of oxygen in the atmosphere.

There is one more factor. Maybe not everyone understands, because it lies beyond the limits of materialistic thinking. Residents of the Kin’s Domains felt and realized their attitude to the Earth as a living rational being. Feeling a careful reverent attitude, the Earth can hold out without falling into disasters.

For this, the number of people who love the Earth and act for the good of the Earth must grow daily. These are the sprouts of the New Civilization. They are a ray of hope.

We sincerely wish all people who stand in the position of common sense and good will to begin building their Kin’s Domains. When a person’s words are confirmed with his own way of life, the credibility of his calls increases many times over.

In this regard, the documentary story of Mahatma Gandhi is recalled. He was not only a brilliant politician, he was also a wise kind person, to whom neighbors came for advice. Once a woman came to him asking him to persuade her little son not to eat sugar. "I can not do anything with him, he does not listen to me, but he listens to you." she said. “Come back in a month,” Gandhi answered.

A month later, a woman came with her son, and Gandhi convincingly explained to the boy that sugar is really harmful and should not be eaten.

The woman thanked and, leaving, asked: “Teacher, why didn’t you tell him the same thing a month ago?” Gandhi replied: “The fact is that I myself love sugar, although I know that it is harmful. After you came last time, I didn’t take a grain of it in my mouth for a month, so now the boy believed me. If I said the same a month ago, my words would have cost nothing. ”

Prepared by Elena Katkova and Alexey Gornaev - creators of the Kin’s Domains of the “Kovcheg” settlement.